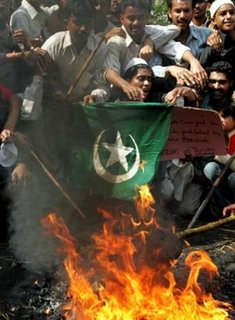 So far at least 45 people have died while protesting cartoons that show the same Islamic symbol as on the flag but with an eye, a mustache, a beard and a turban.

11 Libyans were killed, 15 Christians were slaughtered in Nigeria over the weekend, including a priest and three children, because of the offensive cartoons. At least 11 Nigerian Christian Churches were torched, 2 more were torched in Pakistan today. And, we are told this happened because this cartoon below is so very offensive.

In fact this cartoon and other similar cartoons are so offensive that CNN and Aljazeera had to pixilate them out of view, even though they were published in Egypt months ago, so that their audiences would not riot, and torch Christian Churches, and put bounties on cartoonists, and get shot in Libya. 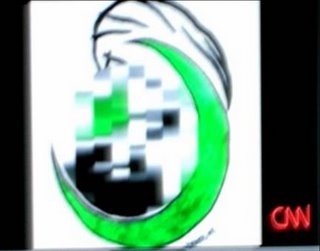 …The next time you are tempted to draw a mustache and beard and a nose and a hat on an Islamic flag that it will start riots and death and Bill Clinton will be unhappy and Jacques Chirac will be upset and Christian Churches will be torched because of you.

And one more thing… 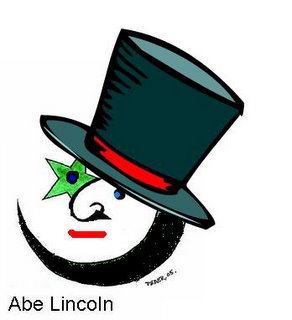 Neognostikos reports on a forgotten Israeli hate cartoon story from back in 1997.