The trial and conviction of Shaaban Hafiz Ahmad Ali Shaaban or “Joe Brown the truck driver from Greenfield, Indiana” is a classic example of how the Patriot Act is helping to keep Americans safe.

Using a delayed notice search warrant, federal investigators were able to search Shaaban’s home while his family went to Disney World on the government’s dime. 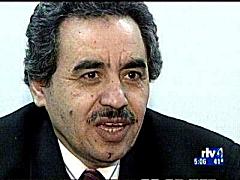 Shaaban Hafiz Ahmad Ali Shaaban, who blamed his troubles on an identical twin who relatives testified does not exist, was convicted of charges including acting as an unregistered foreign agent, violating sanctions against Iraq, conspiracy and witness tampering. (IndyChannel)

The conviction of Shaaban Hafiz Ahmad Ali Shaaban, the Indiana truckdriver, who goes by the name of “Joe Brown” to his neighbors, ended yesterday with convictions on six counts including conspiracy and acting as a foreign agent. The convictions of the Russian trained Palestinian who worked to sell national secrets to Saddam’s Iraq ought to be a wake up call for Middle America:

Susan W. Brooks, United States Attorney for the Southern District of Indiana, announced today that Shaaban Hafiz Ahmad Ali Shaaban, also known as Shaaban Hafed and Joe H. Brown, age 53, who formerly resided in Greenfield, Ind., was convicted of six counts, including: Conspiracy, Acting as a Foreign Agent without Notification, one violation of the Iraqi Sanctions under the International Emergency Economic Powers Act (IEEPA), Unlawful Procurement of an Identification Document and Unlawful Procurement of Naturalization. The jury hung on one IEEPA count. The conviction follows a 2 and a half week trial that began on Jan. 9, 2006 in the United States District Court before the Honorable John Daniel Tinder.

“We applaud the hard, fine work of the jury. This was a very complex case and the jury saw evidence and heard testimony from witnesses unlike evidence in any other trial that’s ever been held before in the Southern District of Indiana,” said United States Attorney Susan Brooks. “There were difficult legal concepts to grasp and we are so pleased with the outcome of this trial. We thank the jury for devoting their time to this case and their careful consideration of the evidence during deliberations.”

“It is our hope that this trial sends the message that even here in the Heartland of America, there are some individuals who have blended into our cities, small towns, and neighborhoods, who seek to harm the United States and threaten our national security. When the FBI and other federal law enforcement agencies receive allegations that these types of individuals are in our midst it is their duty and responsibility to investigate the allegations.

It is also incumbent upon the federal law enforcement community to use all tools available, including those provided in the USA PATRIOT ACT.

Some of those tools were used in this case:

* The tearing down of the wall between intelligence personnel and criminal investigators
* The use of delayed notice search warrants.
* National Security Letters were also used in this case

These tools were used by the FBI to protect our country. We are proud of the FBI’s efforts in this case. We also thank Immigration and Customs Enforcement and the Transportation Security Administration for assisting the FBI and our office in this case,” said Brooks.