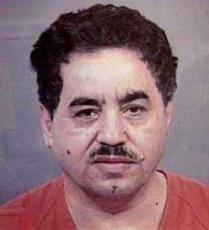 Shaaban or “Joe Brown” put himself through intense questioning on Friday. Court records contend that a former agent in the Iraqi Intelligence Service met with Shaaban at the Al-Rasheed Hotel in Baghdad in November 2002 to negotiate terms of the sale of US intelligence information for $3 million

The trial of Shaaban Hafiz Ahmad Ali Shaaban continued on Friday with the Russian trained spy taking the stand to defend himself from intent to sell national secrets to Saddam’s Iraq:

The Indiana truck driver told jurors in his federal trial that he actually was part of the U.S. government’s clandestine “psychological war” against Iraq before the spring 2003 military invasion that toppled Saddam Hussein’s government.

Shaaban has not called any of the CIA or overseas witnesses he has claimed can vouch for his story.

In another setback for Shaaban’s defense, U.S. District Judge John D. Tinder rejected his efforts to show jurors several documents he claimed would help exonerate him.

“This is perhaps the phoniest-looking document I’ve ever seen,” Tinder said outside the presence of the jury as he reviewed a facsimile purporting to show Shaaban could not have been in Iraq in late 2002.

Federal prosecutors allege he met with high-ranking Iraqi intelligence officials then and offered to sell the names of U.S. undercover operatives infiltrating the Middle Eastern country.

The 53-year-old Palestinian, who’s acting as his own attorney, alternated between questioning himself in English and responding in Arabic and allowing his stand-by attorneys to pose questions in English for him to answer through the court’s Arabic interpreter.

Shaaban is expected to continue questioning of himself as the trial resumes today. Shaaban is representing himself, and he is the only witness called so far by the defense. After the defense portion, the trial will move to final arguments and then to the jury. Shaaban is accused of trying to sell the names of U.S. operatives to Iraq.