Via Rightgirl at the Western Standard… 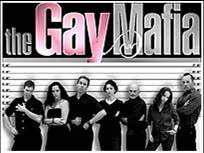 Conservative Party Leader Stephen Harper received a death threat this afternoon at the Toronto Riding of Parkdale High Park. It came in via telephone.

The caller asked the staff the Conservative Party’s view on same sex marriage, and when it was made clear, the caller said that if Harper did anything to change the current rule regarding Same Sex Marriage, he would be the first Prime Minister to be assassinated.

The Royal Canadian Mounted Police have been notified. And I have a feeling I have just lost my place on the campaign by not adhering to the wishes of the Party, and waiting for them to make a formal investigation/statement. So be it.

It doesn’t sound like this caller is stable enough for marriage anyway.
It’s probably just a Canadian peace demonstrator.

Stephen Harper and the Conservatives in Canada are leading in opinion polls heading into national elections on Monday. Small Dead Animals and Western Standard are excellent sites to go to for all of the election news.

Captains Quarters will no doubt be following the news.