The US has a long history of using propaganda to shape foreign public opinion in favor of US policy. American propaganda has also been fluid, changing with the times to reflect the desired outcome and national goals. USAID, formed in 1961 reorganized the U.S. foreign assistance programs including separating military and non-military aid. Certainly, extending aid to foreign countries in need has helped shaped opinions of America favorably in otherwise hostile lands. Just this week, polls from Pakistan since the massive earthquake in October show a significant increase in public sentiment towards America:

The poll commissioned by the nonprofit organization Terror Free Tomorrow and conducted by Pakistan’s foremost pollsters ACNielsen Pakistan shows that the number of Pakistanis with a favorable opinion of the U.S. doubled to more than 46% at the end of November from 23% in May 2005. Those with very unfavorable views declined to 28% from 48% over the same period. Nor is this swing in public opinion confined to Pakistan. A similar picture is evident in Indonesia, the world’s most populous Muslim nation.

Radio Liberty for decades was the voice of freedom to oppressed Russians who otherwise were left in the dark on world events:

For decades, Russians twiddled the dials of shortwave radios in the middle of the night, when the signal was strongest, trying to hear news that could not be broadcast on Soviet radio. Since the Soviet Union broke up, Radio Liberty has retained devoted followers, most of whom would say it is needed now more than ever: The media are once again not free in Russia, the hand of the government is growing heavier, and anti-Americanism is rampant. The strong emotions Radio Liberty has stirred over its half-century existence, among those who work there and those who listen, help explain why a move to “revamp” the station has recently caused so much distress.

Before the War in Iraq, US radio broadcasts targeted Iraqis.

Propaganda is nothing new for America, its allies, or its enemies. 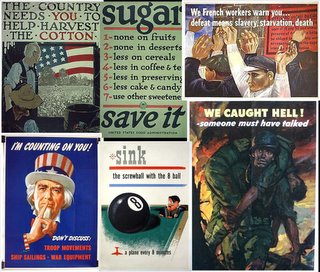 Earlier this month the US military command admitted to planting paid propaganda in Iraqi media, defending it as an “essential tool to give Iraqis reliable information.”

A statement issued by the US military command in Baghdad said the information from the battlefield in Iraq was contested and filled with misinformation and propaganda by the insurgent groups to discredit the Iraqi government and the US troops in a bid to intimidate the Iraqi people.

“Information operation is an essential tool for commanders to ensure the Iraqi population has current, truthful and reliable information,” it said.

“As part of our operations, we have offered articles for publication to Iraqi newspapers, and in some cases, articles have been accepted and published as a function of buying advertising and opinion/editorial space, as is customary in Iraq,” the statement added.

“The procedures for doing so undergo policy and legal review to ensure compliance with the law and regulations,” it said.

This admission followed reports earlier in the week by the New York Times and LA Times that the US is secretly paying Iraqi newspapers to publish stories written by American troops in an effort to burnish the image of the U.S. mission in Iraq.

The democrats reacted with predictable outrage to this news. That America was pushing favorable news of of US activity in hotspots of violent anti-American activity, in the warzone of Iraq was outrageous behavior to democrats.

Yesterday, Eric Umansky, via Glenn Reynolds, described that this practice of planting favorable US propaganda in not uncommon. USAID also masks its role at times. According to the New York Times:

AID finances about 30 radio stations in Afghanistan but keeps that from listeners. The agency has distributed tens of thousands of iPod-like audio devices in Iraq and Afghanistan that play prepackaged civic messages, but it does so through a contractor that promises “there is no U.S. footprint.”

As for the quote from a U.S. AID official saying the governments “wants to maintain the perception (if not the reality)” that the stations are independent, the Times seems to have taken that out of context or perhaps there was just a misunderstanding. I spoke to a USAID official who explained that the agency certainly has not discourage stations from disclosing the funding, it’s just that the agency didn’t require as tightly as they do in some other projects.

And, sometimes the propaganda becomes the viewers and listeners choice in hostile territory, a voice they trust as Freedom for Egyptians reported in August.

Middle Eastern Alhurra TV and Radio Sawa are today regarded as credible sources of news and information by their audiences.

One man’s propaganda is another man’s news.

And, viewers and listeners actually like the news (propaganda to some!) Seventy-seven percent of the Alhurra audience said they were interested in watching Alhurra for the news. Radio Sawa listeners in the broadcaster’s key markets ranked the station as one of their top two choices for radio news and information.

This “news” po
ses questions for the anti-propaganda elitists at the New York Times, LA Times and DNC.

What do you do when the audience demands more of the “propaganda”?