Representative John Murtha has a plan!… And, Representative Nancy Pelosi has bought into it. The new plan is to fight the War on Terror from the terrorist hotspot of… Okinawa?

Now that is a plan! And, just when you thought the Democrats had no plan for National Defense,… it may have been a little muddied before… They come up with the “Okinawa Plan!” Pure Brilliance!

The Democrats are going to protect America from radical Islamists by redeploying troops to Okinawa, Japan!

Representative Murtha described more of his “Okinawa Plan” after the president’s speech on the great progress being made in Iraq on Wednesday. 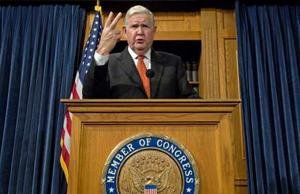 In his rebuttal of the president’s speech the suddenly popular John Murtha pulls numbers from an isolated poll claiming that 80% of Iraqis want the “broken and worn out” US forces to leave Iraq immediately. Murtha also claims that 45% of the people from Iraq want to kill Americans who are already “living hand to mouth”. But, Murtha “cherry picks” (see Howard Dean) his data. Actually the poll results claim that suicide bombing against Americans and Brits is approved by nearly half of Iraqis. This, of course, is ludicrous. Why does he skip this bit of data? Could it be that he knows it is a crazy statistic from an isolated poll that most Americans would not buy!

Fred Barnes pointed out this nutty poll that Democrats like to quote on the FOX News Special Report Allstars this week. But, he is the only media person to say anything about the conflicting data from this poll. Will other Republicans challenge the Democrats on this isolated poll?

There are many more credible polls (where only 8% of Iraqis are blaming foreign forces for the troubles in Iraq!) out there that go against the bogus numbers from this confusing poll that Democrats are using in their talking points day after day.

But, back to the history behind the Democratic Okinawa Plan…

On October 22, 2002, Representative John Murtha voted “To Authorize the Use of United States Armed Forces Against Iraq”.

On September 16, 2003, Murtha joined with Democrats around Capitol Hill and made it clear that they intended to step up their aggressive criticism of Bush policies in Iraq.

On May 6, 2004, Representative Murtha called the Iraq War “unwinnable”.

John Murtha called for immediate withdrawal of US forces from Iraq on November 17, 2005.

He voted against the immediate withdrawal on November 18, 2005.

On Wednesday December 7, 2005, Representative Murtha revealed his latest plan…
to redeploy Iraqi troops in six months to Kuwait and Okinawa!

Now the AP is claiming that Murtha’s Tough Stance (of Retreat?) is Boosting His Profile!

Hat Tip to Fred Barnes and the Allstars!

Also, this post in no way is aiming to take away from the US Military Personnel already stationed in Okinawa.

Driftwood has thoughts on the Murtha Plan.