UN inquiry into the assassination of former Lebanese Prime Minister Rafik Hariri says many leads point to the direct involvement of Syrian officials.

UN investigators said they had also found evidence of Lebanese collusion (under Syrian control at that time) in Mr Hariri’s death last February.

The report, prepared at the request of UN Secretary General Kofi Annan, says the car bombing was carried out by a group with extensive organisation.

Many in Lebanon blamed Syria for the killing, a claim denied by Damascus. 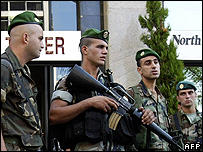 The Lebanese army, ambulances and fire service were out in force today before the release of the UN report. (BBC)

The US will call for sanctions against Syria because of the Hariri probe conclusion:

The report by chief investigator Detlev Mehlis, said Hariri’s February 14 assassination was so complex that it would be difficult to imagine that the Syrian and Lebanese intelligence services didn’t know about it.

Mehlis’ 53-page report said that the investigation is not complete and must be continued with Lebanese judicial and security authorities in the lead.

Several lines of investigation still need to be pursued, he said. They include jamming devices in Hariri’s convoy that were functioning at the time of the bombing. It appears there was interference with a telecommunication antenna at the crime scene at the time Hariri was killed in a massive car bomb, Mehlis wrote. 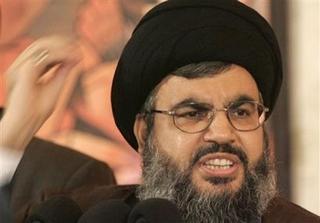 Hezbollah leader Sheik Hassan Nasrallah , a close Syrian ally in Lebanon, warned against the politicization of the U.N. investigation into the Feb. 14 assassination of former premier Rafik Hariri, a reference to U.S. pressure on Syria, and said the report should produce ‘clear evidence’ for its findings. ‘All of us want the truth,’ Nasrallah told supporters. ‘All of us condemn this crime and demand the murderers be punished, whoever they are. But we must really look for the killers.’ (AP)

US Ambassador to the UN, John Bolton, said that the report was “bigger than a breadbox” and that the US would look it over and officially comment tomorrow:

The United States has sought support from allies in the region to isolate Syria and force Mr. Assad to cease supporting and financing anti-Israel militias and stop what Washington believes is a willingness by Damascus to infiltrate insurgents across its border with Iraq.

“We have just received the report and we’re going to look at it very carefully tonight, evaluate it and decide on the basis of that evaluation and consultation what the next steps will be,” he said. “We’ve already been in consultations considering the various possibilities.”

Diplomats from the United States, Britain and France have been discussing their options for taking action against Syria, and the issue will be considered next week by the Security Council. Mr. Mehlis is scheduled to give council members a briefing on his report on Tuesday.

Saad Hariri, the son of the former Lebanese prime minister Rafik al-Hariri, moved center stage in Lebanese politics after the assassination of his father.

Athena who has been in the region has a terrific roundup with extensive background on the story.

Winds of Change has a very thorough discussion on the released report.

Update: (Friday, 10-21) The US is urging the international community to hold Syria accountable for the assassination.

Robert Mayer from Publius Pundit forwarded the full Mehlis report. You can read it here. Robert has his own post aptly titled, “Syria Screwed”.