If I were president,
I’d be elected on Friday.
Assassinated on Saturday.
Buried on Sunday.
And go back to work on Monday.
(Huh?) 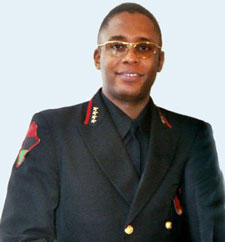 “Zionism is racism, Zionism is terrorism. You cannot be a real Jew and a Zionist at the same time.”

Malik then called Israel a “terrorist state” and said that he doesn’t “blame” Hamas, Hezbollah or Islamic Jihad for the Middle East conflict.

Yesterday, Malik was back to his hate speech:
(From the above C-SPAN video clip above at the 2:37:00 minute point)

How can you have a War on Terrorism and Mr. Bush hasn’t been arrested?… on charges on drowning of innocent people in New Orleans and sabotaging our levees!”

No Speed Bumps has more thoughts on the rally.