Acclaimed Pakistani Director to tackle honour killing in next film. 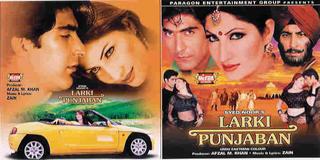 Syed Noor has had great success with his social and romantic films.

Syed Noor, the acclaimed Pakistani Film Director, has announced that his next film will be based on traditional honour killings, called “the Price of Honour”.

Syed says he had been making social and romantic films but from now on he would only direct issue-based films.

He said he was not making such films for international fame rather wanted to do convey a message through his films. He said the story of the film was 75 percent true which revolved around women killed in the name of honour.

Noor said that he would also focus on the Hudood Ordinance in the film, which had not been clearly stated by the government. He said he would face the censor board bravely if they removed the ordinance issue from the film.

He said the film was set against the backdrop of Firozepura village in southern Punjab and would be completed in the next three months. He said he would send the film in the Cannes Film Festival in January. The film’s producer is Afzal M Khan and is jointly written by Noor and Khan.

He said the film’s main story was that a young schoolteacher was raped in front of the whole village as punishment because her brother had a relationship with a feudal lord’s sister.