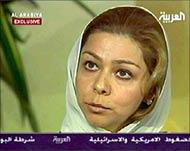 Saddam’s daughter Raghad sacked the group of foreigners representing Saddam. And, fingers are pointing at the unruly Americans on the team as the cause of the decision.

With trial of Saddam Hussein a month away, Raghad announced that the foreigner members have been given their pink slip:

“From today, none of the lawyers, except Iraqi lawyer Khalil Dulaimi, will have the right to act on behalf of Saddam,” read a statement from the family, signed by Saddam’s daughter Raghad.

“They used their position to further interests not linked to the case.”

Saddam’s former chief lawyer, Jordanian Ziad al-Khasawneh, who resigned on 7 July, claimed members of the legal team, especially Americans such as former US attorney general Ramsey Clark, were critical of his statements rebuking the American occupation of Iraq and declaring the resistance as “legitimate”.

Khalil al-Dulaimi was appointed as the sole legal counsel

“There are too many people in the world who are claiming they are defending the president without the family’s knowledge and we don’t know who authorized them,” said Abdel Haq Alani, the legal consultant of Raghd, Saddam’s eldest daughter who is authorized to act on behalf of the ousted leader’s family.

“The family doesn’t know how many lawyers have authorizations that were given at different times and by different people. The family is in the dark and they cannot defend the father in this mess,” Alani said.

“If you have too many lawyers then who is the client to sue if there is negligence?”

And, A.M. Mora y Leon has some humerous comments on the subject over at Publius Pundit. Poor Ramsey!

Previous posts on “Team Saddam”:
Saddam Preparing for Trial
Saddam’s Top Lawyer Quits
“Team Saddam” Back in Court
“Saddam the Victim”… Are you buying it?