** The only way that most Americans will ever be able to find the North Caucasus on a map is if “Survivor” films a segment there! **

“East Leads West!” ought to be the title of this article from Russia’s Ria-Novosti News Service. Russia puts in print some principles (from a professor right here in the midwest!) that should have been understood and repeated by our Western media by now. 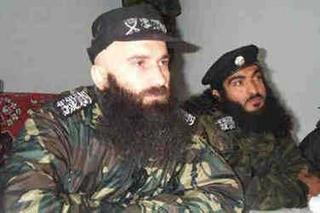 Who would have ever thought that Russia would be teaching the West proper ethics in journalism? Yet, this article from Ria Novosti does exactly that! In this brilliant analysis of the “Nightline” interview of Chechen terrorist Shamil Basayev, Robert Bruce Ware, associate professor at Southern Illinois University Edwardsville, comments on the disgusting promotion of terrorism by ABC and “Nightline”:

For example, Ted Koppel defended the interview on air by noting that he also interviews common criminals. Yet there is an important difference between common criminals and terrorists. Common criminals do not commit their crimes for the purpose of attracting media attention; terrorists do. Terrorists depend upon media coverage, and without media coverage they are powerless. If we are serious about preventing terrorism, then we must begin to accept responsibility for limiting media access for recognized terrorists.

If Basayev had a large army behind him, or if he were popular, even in Chechnya, then he would not need to be a terrorist. He is a terrorist because he lacks popular support, and so the only way that he can attract attention, and acquire power, is to commit shocking atrocities-such as Budenovsk, Dubrovka, and Beslan-that attract media coverage. No one can blame the media for covering a hostage crisis at a school, but that is different from turning the microphone over to the terrorist, and permitting him to spread disinformation.

The U.S. government is right in saying that ABC has a constitutional right to interview controversial figures. However, this means neither that the public airwaves are unregulated, nor that anyone can use them to say anything. You and I are American citizens; yet we cannot use American public airwaves to promote criminal activity, let alone terrorism. So why is it that Basayev was able to do so? In the face of an abuse of the American Constitution, such as this case, the U.S. government should, at a minimum, launch an investigation into the legal status of the Basayev interview, and open a public debate into the numerous issues raised by ABC’s action. Moreover, since terrorism cannot succeed without media attention, it may be time to consider legislation that limits media access for recognized terrorists, such as Basayev.

If Basayev were a nationalist he would have spent the years from 1997 through 1999, building a truly and effectively independent Chechnya, and if he had done that Chechnya might, in fact, be independent today. Instead Basayev undermined the government of Chechen President Aslan Maskhadov; organized, and otherwise tolerated, horrific criminality; harbored international Islamist extremists; and then invaded Dagestan. There is nothing the least bit nationalistic in any of that. Yet ABC brought out none of these facts. That is simply inconsistent with any standard of balanced and informative news coverage. The fact that ABC was able to get away with that, and indeed probably failed even so much as to realize that it was doing so, is a symptom of a failed media culture, and ultimately of a failed intellectual culture…

The only way that most Americans will ever be able to find the North Caucasus on a map is if “Survivor” films a segment there!

…And, Americans are the losers!

The whole article is brilliant and sad at the same time, a “must read” to understand the Chechnya Crisis and the double standards of our media!

HERE is the link again.

And,… Jayson at Polipundit is reporting that Great Britain is upset with ABC, as well, for leaking the 7/7 bomb photos!

Robert Bruce Ware is a noted expert on the North Caucasus and Chechnya. Earlier this year he wrote about Chechen Rebel Leader Aslan Maskhadov the man who preceded Basayev as Chechen Rebel leader. This is also a very informative and interesting read.