From the current July issue of Time magazine:

IN A RARE INTERVIEW, A TERRORIST IN TRAINING REVEALS CHILLING SECRETS ABOUT THE INSURGENCY’S DEADLIEST WEAPONS 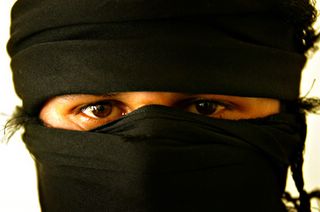 Time journalist Aparism Ghosh gets curiously close to the enemy.

Time magazine goes the same route as the AP Pulitzer Prize Winner and others in their July edition and gets “curiously close” to a terrorist.

You can’t help but wonder how much the author Aparism Ghosh had to fork over for this interview?

And, why does Time believe that spreading anti-American rumors of “US soldiers firing on innocent Iraqi demonstrators” is responsible journalism?

How do they explain that they just interviewed a man who admitted to previous attacks on Americans and yet they did nothing to interfere with his future attacks even though he has just confessed to future plans of attack?

And, why is it that Time projects that the “insurgents” are Iraqis when it was reported this week that most of the suicide bombers are foreigners?

Here is a bit of the article:

One day soon, this somber young man plans to offer up a final prayer and then blow himself up along with as many U.S. or Iraqi soldiers as he can reach. Marwan Abu Ubeida says he has been training for months to carry out a suicide mission. He doesn’t know when or where he will be ordered to climb into a bomb-laden vehicle or strap on an explosives-filled vest but says he is eager for the moment to come.

While he waits, he spends much of his time rehearsing that last prayer. “First I will ask Allah to bless my mission with a high rate of casualties among the Americans,” he says, speaking softly in a matter-of-fact monotone, as if dictating a shopping list. “Then I will ask him to purify my soul so I am fit to see him, and I will ask to see my mujahedin brothers who are already with him.” He pauses to run the list through his mind again, then resumes: “The most important thing is that he should let me kill many Americans.”

(Then the article gets really sick!)

…Among the embittered population of Iraq, it’s not hard to find young men who talk the terrorist talk, boasting of their willingness to serve as human bombs.

It’s hard to judge the speakers’ sincerity. But the latest surge of suicide operations proves there is no scarcity of volunteers to become the most lethal weapon Iraq’s insurgents have.

While some suicide bombers in Iraq have left behind videotaped testimony, Marwan is the first to tell his story before carrying out such a mission. He spoke to TIME in Baghdad on orders from his commander. The interview was the result of weeks of reporting on such insurgents in the hope of learning more about the identities and motivations of those behind the scourge of terrorism in Iraq.

And out of concern for the safety of TIME’s staff, no attempt was made to track his whereabouts after he left.

(Did you just get that?!!! The staff at Time could care less about the innocent lives of Iraqis or Americans… but they are concerned about their own staff!!)

The sincerity of his desire to make himself a “martyr” was attested to by several figures– a member of his organization, al-Qaeda in Iraq; a Baghdad-area commander of an insurgent unit that provides logistical support for al-Qaeda bombers; and a Sunni imam who is sometimes brought in to counsel bombers during their premission spiritual “purification”–whom TIME consulted through Iraqis with contacts inside the insurgency.

“We expected them to bring Saddam down and then leave,” he says. “But they stayed and stayed.” Insurgents approached disaffected Fallujis like Marwan and urged them to join the resistance against the Americans.

…Marwan joined the insurgency in April 2003 when U.S. soldiers fired on a crowd of demonstrators at a school, killing 12 and wounding many more. Marwan, who took part in the protest, escaped unharmed, but the event proved decisive…

“The jihadis are more religious people,”

According to TIME’s contacts close to insurgent groups, the bombers have little or no say in planning their operations.

“I pray no innocent people are killed in my mission,” he says. “But if some are, I know when they arrive in heaven, Allah will ask them to forgive me.”

I am surprised that Time would be so cold and careless with their reporting. Especially after the Newsweek fiasco just over a month ago.