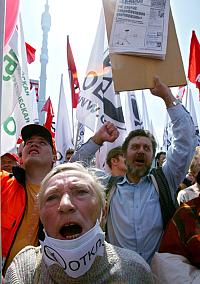 Rally at the Russian TV Tower

Protesters marched to Ostankino television tower in Moscow on Sunday to protest for more Freedom of Press:

Many of those at the protest, which included communists and activists from the radical National Bolshevik Party, wore orange T-shirts in a nod to Ukraine’s pro-democracy Orange Revolution and posters showing jailed Yukos oil tycoon Mikhail Khodorkovsky. 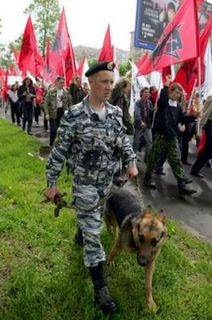 Marching in Moscow for more Freedom of Press

Critics have accused President Vladimir Putin of cracking down on freedom of speech since he came to power in 2000 and of shutting down television stations whose reporting was critical of the government.