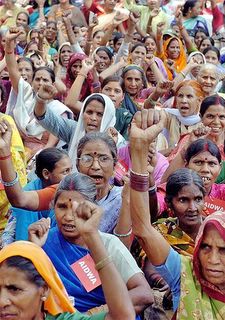 The women came out in full living color at a New Delhi protest of the government on reservations for women in Parliament:

The women marched all the way to parliament to deliver their demands to Dr. Singh and his government:

“We appeal to you to make a clean break with this attitude which smacks of not only gender insensitivity but insensitivity to the process of making democracy more inclusive and vibrant. We would request you to place the Bill for a thorough discussion in Parliament and to ensure that a vote is taken on it. If this is done with sincerity, the enactment of the Bill will become a reality,” the memorandum said. 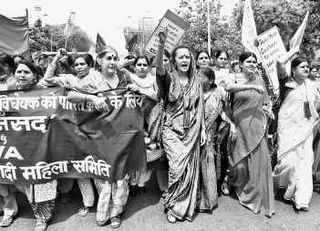 Marching to parliament for more rights.

The women are asking for a 33% reservation or allotment in seats in the Lok Sabha.