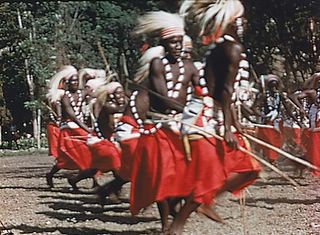 It’s Oscar night and deservedly Don Cheadle is nominated in the best actor category for his performance in the Hotel Rwanda about a hotel manager in Rwanda during the Tutsi genocide of 1994. This PG-13 movie shocks you with the story of genocide less than a decade ago mostly ignored by the outside world. This is a worthy attempt in many ways at such a horrendous event.

However, in typical Hollywood style the movie comes out with the strong accusation early in the movie about how it was “The West” who pitted the Tutsis against the Hutus to begin with because of their differences in stature and nose width. It is “The West”, the Belgium colonial power who is essentially responsible for this African genocide of a million lives.

This genocide itself is beyond words. But why does Hollywood have to rewrite history in order to tell it? The division of the Tutsis and Hutus began long before the Europeans came to this region and centuries before colonialization. In fact it was not until the Europeans left the area and offered independence that a power vacuum caused Civil War and slaughter.

Yet, I wonder how many people leave the movie with disgust for another horrible historic event caused by the Europeans and Americans. Nick Nolte, who plays a non-shooting UN soldier oozes vitriol as he snarls to the Hotel Rwanda Manager that “The West doesn’t give a damn about blacks and especially blacks who were African”, as he downs a whiskey at the hotel bar.

The movie does show the futile attempts by the UN to help the people, a saintly Red Cross worker, and a cowardly white priest and white nuns who vacate the area leaving the black nuns to take care of the flock.

But, the value of this movie comes because you leave more aware of this evil chapter of modern history. Sadness is the overwhelming feeling. You also appreciate more the comforts of our blessed society. And, as Victor Davis Hanson brilliantly explains in his writing this week, the movie touches on the insurgent belief that the way to nullify the superior western forces is by asymetrical wins in terrorism. But, the movie lets you figure how best to win this war. You can’t help but come to the conclusion that massive military power was and is necessary to squelch such a horrible human event from happening. Maybe people leaving this movie will be more accepting if and when the time comes to the prospect of force in ending the current genocide in Sudan.