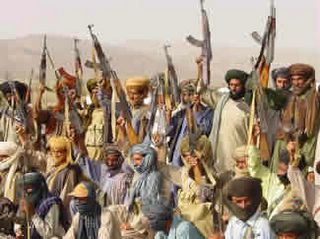 A day out with the boys…

The Pakistani Government is sending in the troops to calm the civil unrest in the tribal Balochistan area:

The report also stated that Sui was close to the Punjab, Sindh and Balochistan borders and several installations of national importance including two major gas compression plants and wells of the Oil and Gas Development Corporation (OGDC) were in the area and a 367-kilometre-long Pakistan Petroleum Limited (PPL) pipeline originated from Sui. The OGDC and Sui Northern Gas Pipelines Limited (SNGPL) installations were under threat due to the volatile security situation in the area, it added.