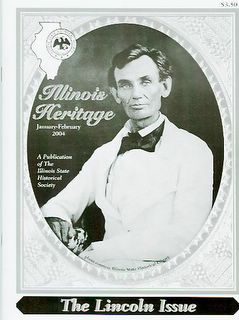 An article on the Weekly Standard online last week discussed a new book being released about Abraham Lincoln’s sex life. Of all things, his sex life! I could see if it were about his leadership skills or his speech writing ability. There is a lot of proof for that. But it’s a little hard for any of us to certify what he did in bed. My God,… he was lucky to have a bed as tall as he was.

My first reaction to this article was who cares? But, out of curiosity I began to read it anyway. The author of the book (C.A. Tripp) describes Lincoln as a closeted homosexual. The author of the review (Philip Nobile) says that it is impossible to say. The authors worked on the research for the book together and both came to different conclusions. One incident discussed from the book (by Nobile to argue his point) is a time in Lincoln’s life where he shared a bed in the back of a store with a male friend for a few years while they were in their early 20’s. Hmm. This was not a good place to start if you are trying to disprove that Lincoln was gay. Another passage describes how they talked about each other’s thighs. Not a good place to go either. And then there was a segment that described Lincoln reaching puberty early… like at 9! My Goodness!

I wish that they would leave this story alone. Lincoln was a brilliant leader destined to guide our country through its darkest days. He led the country through a horrific Civil War. We are all blessed today because of his leadership. However, his sex life was and is his business. Hell, he was lucky to have a sex life! Abe was not a “looker” by any stretch of the imagination. In fact he was pretty darned homely. If he got anyone to look twice at him, more power to him! He didn’t develop that gift of blarney for the hell of it. He did it out of necessity! So if you want to bring “gay” into his life story, a good “gay” argument would be that he was born at the wrong time. That tall hat did nothing but add another 10 inches to him. Poor guy was probably thinking, “I’m tall as a giraffe already and now they want me to wear this?” That scraggly beard didn’t help matters either. And, you can bet that Marilyn Monroe didn’t decide on her mole after a Civil War History class. Heck, he had more moles than “Little House on the Prairie”!

Come to think of it though, my Great, Great Grand Daddy who fought in the Civil War wasn’t much to look at either. In fact it is a wonder that I am here at all! He must have had that gift of Abe’s to tell a good story. Either that or grandma was blind. Or, maybe it was just the period, “the blues and grays were so overdone”!

You’ll have to forgive me if you find this post too disrespectful… I just had to write something. I hope that Abe was a happy man. He had enough other stuff going on. I hope he had peace in his heart. He deserves that after all he did. may he rest in peace.

Update: If Abe would have signed off on something like this it might give more traction to the rumors.