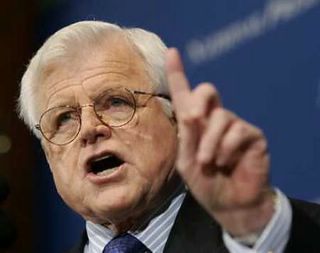 Just three days before the first democratic elections are planned for a country that has suffered under Saddam Hussein for over thirty years of ruthless dictatorship, Teddy Kennedy today demanded:

…ending its military presence, Kennedy said the United States must stop making political decisions in Iraq and turn over full authority to the United Nations…

“We now have no choice but to make the best we can of the disaster we have created in Iraq,” Kennedy in a speech to the Johns Hopkins School of Advanced International Studies. “The current course is only making the crisis worse.”